This is a placeholder for your sticky navigation bar. It should not be visible.

More Than 7.7 Million People in the United States Could be Diagnosed as Having a Post Traumatic Stress Disorder 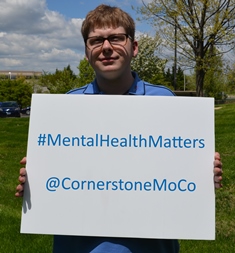 (Bethesda, MD, Tuesday, June 23, 2015) – June 27 is National PTSD Awareness Day.  It is estimated that more than 7.7 million people in the United States could be diagnosed as having a Post Traumatic Stress Disorder, with women more likely to be diagnosed than men.  PTSD is highly correlated with combat veterans and children in foster care.  “It is common for people who have experienced a life threatening or traumatic event such as a natural disaster, sexual assault, or car accident to experience stress related symptoms following the event.  When those symptoms are present and not getting better for 3 months, we start to look at a diagnosis of Post Traumatic Stress Disorder.  There are good treatments available for PTSD including Cognitive Behavior Therapy and Prolonged Exposure treatment.  The good news is that people can get better.” says Dr. Murray Claytor, Medical Director at Cornerstone Montgomery.

In May, Bank of Georgetown in partnership with Cornerstone Montgomery launched #MentalHealthMatters – a campaign designed to remove the stigma associated with those dealing with mental health issues, like PTSD by raising awareness through social media and sharing personal stories aimed at empowering those most vulnerable members of our community.  In June the campaign will focus on stories of recovery and highlight PTSD.

WHO: Everyone is invited to participate by sharing their own personal stories involving PTSD using #MentalHealthMatters and encouraging others to do the same

Cornerstone Montgomery is an independent, nonsectarian, nonprofit 501(c)3 organization that has the capacity to serve more than 2,200 adults and transition age youth.  Cornerstone Montgomery specializes in the provision of comprehensive, community- and evidence-based, mental health and co-occurring mental health and substance use disorder treatments and interventions.

Search for news using our map